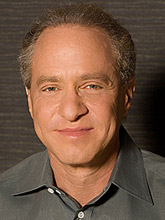 Ray Kurzweil was inducted in 2002 into the National Inventors Hall of Fame, established by the U.S. Patent Office. He received the $500,000 Lemelson-MIT Prize, the nation’s largest award in invention and innovation. He also received the 1999 National Medal of Technology, the nation’s highest honor in technology, from President Clinton in a White House ceremony. He has also received scores of other national and international awards, including the 1994 Dickson Prize (Carnegie Mellon University’s top science prize), Engineer of the Year from Design News, Inventor of the Year from MIT, and the Grace Murray Hopper Award from the Association for Computing Machinery. He has received twelve honorary Doctorates and honors from three U.S. presidents. He has received seven national and international film awards.

Four of Ray’s books have been national best sellers and The Age of Spiritual Machines has been translated into 9 languages and was the No 1 best selling book on Amazon in science.