…our motivational speaker Cathy O’Dowd. The South-African adventuress had a challenging summer: Together with climbers Rick Allen and Sandy Allan she attempted the 1st ascent of Nanga Parbat via the Mazeno Ridge.

The longest ridge on any 8000m peak, the route via the Mazeno Ridge is considered “the ultimate endurance challenge” by many mountaineers. And even if she herself didn’t return in a triumphant way, the expedition as a whole was a success. Rick and Sandy made it to the summit on July 15th and returned safely – even though they had to sleep in snow caves and lacked of drinking water on the way down.

Cathy had a likewise dramatic descent after she decided not to try for the summit on July 13th: snowfall, avalanches, a broken ankle of one of the sherpas and taking the wrong route were the obstacles she had to face.

Cathy, the expedition was really challenging and exhausting. How long did it take you to recover and to „adjust to normal life“?

It was exhausting in two different ways. One was the sheer physical exhaustion of the climbing and of the process of surviving at that altitude. The other was more emotional: the days when we knew Rick and Sandy were trying to get down and were in trouble, but we lost contact with them. The fear that they might be killed was very real.

It didn’t take long to recover from both things, and it is always a pleasure to return to ’normal life‘ after such a trip, to enjoy hot water coming out of a tap, and abundant food and the luxuries of home. But I must admit to already having itchy feet for the next challenge. 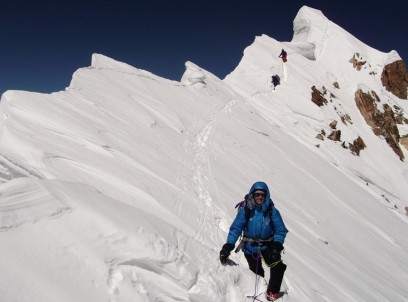 You decided to descend without trying again to reach the summit. What was the reason for that?

We had been climbing for eleven days continuously since leaving basecamp, carrying all our food, gas and tents with us, with nine of those days at around 7000 metres or higher. At that height you don’t recover when you rest, you just slowly continue to decline. We had almost no food and gas left, and were exhausted. We had only expected the trip to take 10 days at most.

I decided that for me the safe choice was to use what little energy I still had to get down (remembering that we couldn’t just retrace our steps – getting down meant at least two days of climbing down an unknown side of the mountain).

Rick and Sandy chose to use what energy they had to go up again, and although they did – eventually – get down safely, they came very close to killing themselves.

An expedition always has two aims: getting to the top and getting down alive. Sometimes you have to choose between the two.

How difficult was this decision with the summit nearly „within reach“?

To be honest, it was close by but not really „within reach“. The conditions were so bad up high – strong wind and deep snow – that once I had made my first attempt at the summit and then chosen to retreat, I knew I needed to focus on descending. I had reached the outer edge of what I considered acceptable risk when climbing a mountain.

And are you going to try it again, with a new expedition?

No, I’m not. As an expedition, we achieved our aim: the first ascent of Nanga Parbat via the Mazeno Ridge. Personally I climbed the entire ridge – some of the most spectacular climbing of my life – and almost reached the top. There is no reason to go back. I’m looking forward to new challenges.

In December I will be part of a four-women team attempting to be the first all-women team to cross the Northern Patagonian Ice Cap.

If you think about the whole project „Mazeno Ridge 2012“- what was the worst and of course the best moment, for you personally? 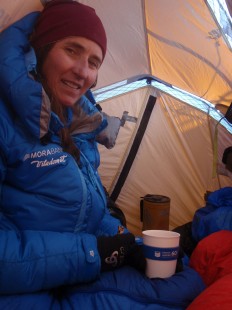 The two best moments were the day before we finished the ridge crossing – when I realised we were actually going to make it and then have a shot at the summit, and the day I heard Rick and Sandy were safely down. Although getting back to base camp myself and taking my huge mountain boots off for the last time was pretty good too!

The worst was hearing that Rick and Sandy had called asking for help and had then not called at the next agreed contact time (their battery was dead but we didn’t know that for sure – we just had to wait to see how it played out).

Cathy and her teammates took dozens of photos and filmed quite a lot during the expedition. You can find the stunning and impressive results on her blog, where she also recaps the project day by day. And if you want to hear her talking about her experiences first hand just give us a call and book her as speaker for your next event :-). 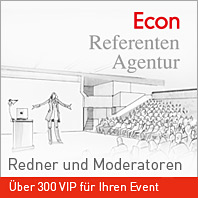